“Rates here are among the lowest”

“The average Ohio homeowner insurance premium is projected to rise by 3.4 percent to $834 on average, more than $300 less than the national average and the ninth lowest in the U.S.  When it comes to our vehicles Ohio’s premiums are expected to increase 3.3% to $715 about $200 less than the national average – the 12th lowest in the country.  Despite rate hikes Ohioans still pay some of the lowest insurance rates in the nation.”

“When shopping for a vehicle, most people believe that newer, more expensive cars cost more to insure.  However, there are several other factors that help determine how much it costs to insure a vehicle. These factors can result in a difference in premium between seemingly similar makes and models.”

Read the full article on Eriesense.com

“A distraction is anything that causes a driver to take their eyes off the road, their hands off the wheel, or their mind off their primary task of driving safely,” said Doug Smith, senior vice president, Personal Lines, at Erie Insurance. “Our survey found drivers unfortunately are engaging in a wide range of distracting and potentially dangerous behaviors.” 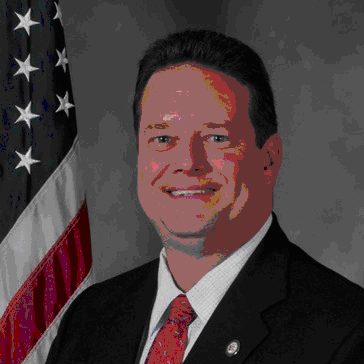 Brian Lampton has been a part of the insurance industry for 22 years. He began his career in insurance in 1990 when he heard through the University of Dayton Alumni placement office that there was an opening for an insurance agent. He has been teaching off and on now for 19 years. “I taught LUTC (life insurance) classes early on in my career,” says Brian. He has taught leadership classes through the National Association of Insurance and Financial Advisors and taught other adult courses with the Greene County Career Center before coming to Hondros College.
Brian began teaching years ago to save money for his son’s college tuition. “My good friend and previous teacher, Ed White, told me it was a good gig and thought I would like teaching at Hondros,” says Lampton. Brian has been teaching at Hondros for three years now and says “Hondros has been great when dealing with my crazy schedule.”
“I enjoy teaching because I like meeting new people and hearing their stories. I find it interesting why people get into the insurance business and I like to hear their insurance stories,” says Lambert. His goal in his classes is to stress how difficult the state test is, and how important it is to study and prepare for it!
Lampton says “The insurance business is a people oriented service business and it can be very rewarding.” He enjoys working in the industry because he gets the opportunity to “meet and deal with a wide variety of people, all age groups, different social- economic backgrounds, and different cultures.”
Congratulations Brian for being this months Instructor of the Month!
Hondros-Instructor-of-the-month

Brian Lampton was singled out with customer appreciation in the July 27, 2011 edition of “The Bulletin.”

” I recently had a roof damage claim and some auto damage too, and I called to say how nice and helpful everyone involved was. Thank you, especially to my Agent Brian and [Claims Supervisor] Donna Carpenter.”

–Customer Jane B., via a phone conversation with Branch Manager Joe Wilkerson